A legal team of British and American human rights lawyers, solicitors and barristers, assembled by advocacy organization Bahrain Watch, is taking legal action to prevent a Korean company from supplying the Bahraini government with more than 1.6 million rounds of tear gas. The team filed a formal complaint today with the Organisation for Economic Cooperation and Development (OECD) National Contact Point (NCP) in Korea against Dae Kwang Chemical Corporation, the company believed to be originating the shipment. The complaint requests that the NCP respond within 7 days to clarify whether it is prepared to act to prevent exports in this regard.

Dae Kwang has admitted to supplying approximately 1 million tear gas canisters to Bahrain in 2011-2012, and the Korean National Police Agency told Amnesty Korea that over 1.5 million tear gas units have been exported to Bahrain since 2011. A journalist who contacted Korea’s tear gas export authority, DAPA, was told that DAPA had recently received a request from an unnamed Korean company to export more tear gas to Bahrain. A leaked tender document released by Bahrain Watch last month shows that the Bahrain Government apparently intends to acquire 1.6 million more canisters.

The legal team consists of one of the UK’s most prominent human rights and civil liberties barristers, Michael Mansfield QC, along with Mark McDonald of Mansfield Chambers, Daniel Carey of Deighton Pierce Glynn Solicitors, Ahmed Ali of Bahrain Watch, and James Suzano of Americans for Democracy and Human Rights (ADHRB).  The team has received support from REDRESS, Omega Research Foundation, and Ceartas (Irish Lawyers for Human Rights).

Michael Mansfield QC said: “The failure of the South Korean government to properly control exports of tear gas has allowed companies like Dae Kwang to ship massive quantities of tear gas to repressive regimes like Syria and Bahrain.  The OECD process will hopefully soon begin to investigate Dae Kwang’s past and planned sale of their products to clients that have used it to target protesters and suppress pro-democracy voices. The new legal team will continue to challenge the Korean government at the international level if it fails to halt further shipments of arms enabling repression elsewhere.”

The OECD complaint challenges the shipment on the basis of widely-documented evidence that Bahraini security forces have used tear gas in a reckless and often lethal manner, including firing it inside homes and directly at protesters heads. This excessive and indiscriminate use has been criticised by the UN High Commissioner for Human Rights, along with governments and international NGOs. Last week, Physicians for Human Rights (PHR) warned against shipping more tear gas to the Bahraini government. Since March 2011, at least 39 deaths in Bahrain can be linked to tear gas fired by security officers, according to a list maintained by PHR.

The complaint contends that by exporting more tear gas to Bahrain, Dae Kwang would be acting contrary to the OECD Guidelines for Multinational Enterprises, which require companies to “prevent or mitigate adverse human rights impacts that are directly linked to their business operations, products or services.”  The complainants argue that Bahrain’s use of tear gas has violated internationally recognized human rights, including the right to life, the right to be free from torture and other inhuman, degrading or cruel treatment or punishment, and the right to freedom of assembly.

The Bahrain Minister for Human Rights Affairs, Dr. Salah Ali, is currently leading a high-level governmental delegation to South Korea.  Yesterday, the delegation met with senior South Korean Foreign Ministry officials, including Deputy Foreign Minister Cho Tae-yul. The Bahraini delegation includes representatives from the Ministry of Interior and the Public Prosecution. In a statement, Dr. Salah Ali bemoaned “the false allegations being spread by some human rights organisations, media outlets and rogue groups to mar Bahrain’s good international reputation, mainly in the human rights field.” Bahrain Watch believes that the purpose of the visit may be to convince the South Korean government to approve the tear gas shipment.

Bahrain Watch has noted continued misuse of tear gas over the past two weeks. Video footage shows an elderly couple and women targeted directly by police during a religious procession in Nuwaidrat on November 14, and police shot at a female driver’s car in the village of Duraz on November 21st. Meanwhile, Abbas Marhoon who was struck in his head on October 15 2013 with a tear gas canister remains in critical condition due to a severe skull fracture. 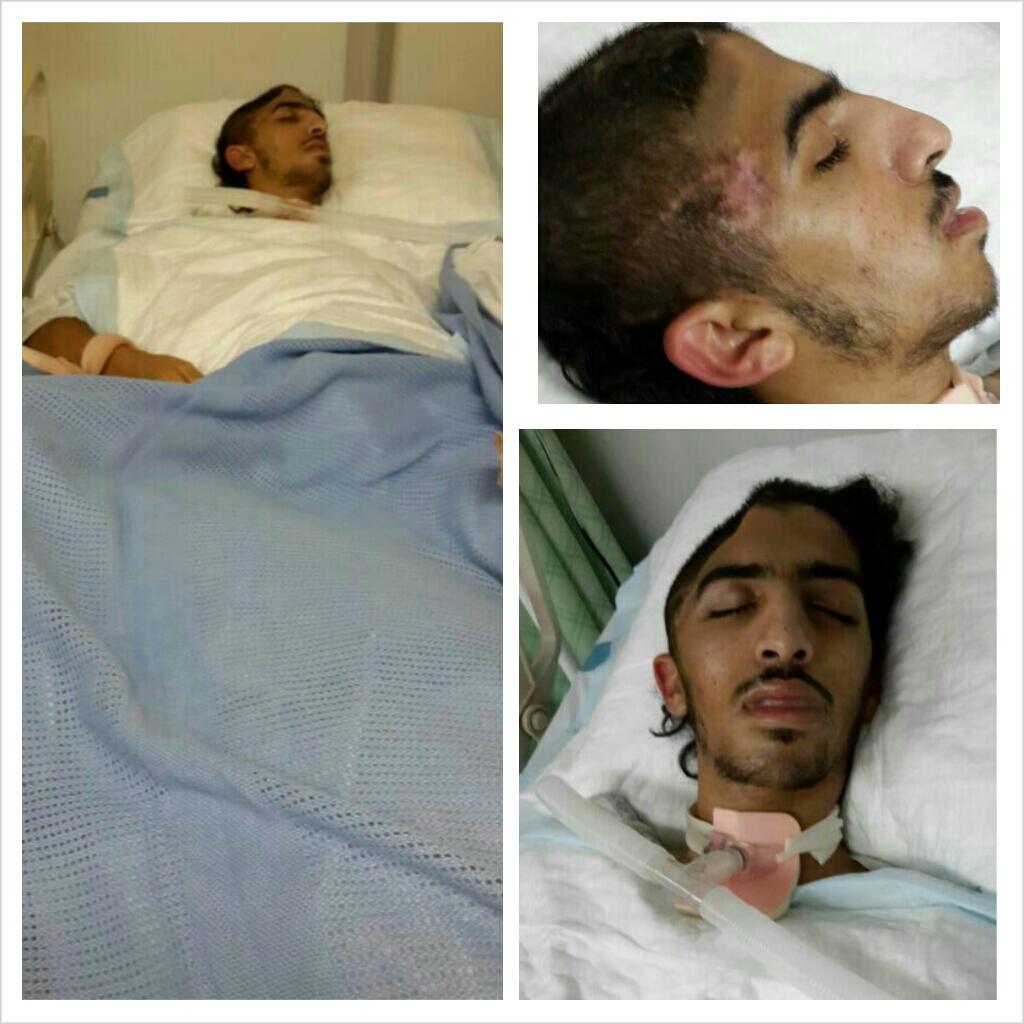 The Bahrain Watch legal team therefore, calls on the South Korean government to immediately halt any planned shipments of tear gas until the OECD complaint is addressed, and human rights violations end in Bahrain. It also calls on the United States and the United Kingdom governments to urge their South Korean ally to immediately revoke licenses of security equipment that can be used for internal repression in Bahrain as they did so themselves in 2011.

Since #StopTheShipment was launched on 16 October 2013, participants have sent over 150,000 e-mails to Dae Kwang and the Korean government, urging them to stop shipments of tear gas to Bahrain. Lord Avebury, Vice-Chair of the Parliamentary Human Rights Group, also wrote to the South Korean President during her visit to London  on Wednesday 30th October where she was met by Bahraini activists protesting outside 10 Downing Street.

Bahrain Watch is a monitoring and advocacy group that seeks to promote effective, accountable, and transparent governance in Bahrain through research and evidence-based advocacy. About Bahrain Watch: https://bahrainwatch.org/about.asp